Our latest Impact Report is out! Click here to read about what we accomplished. 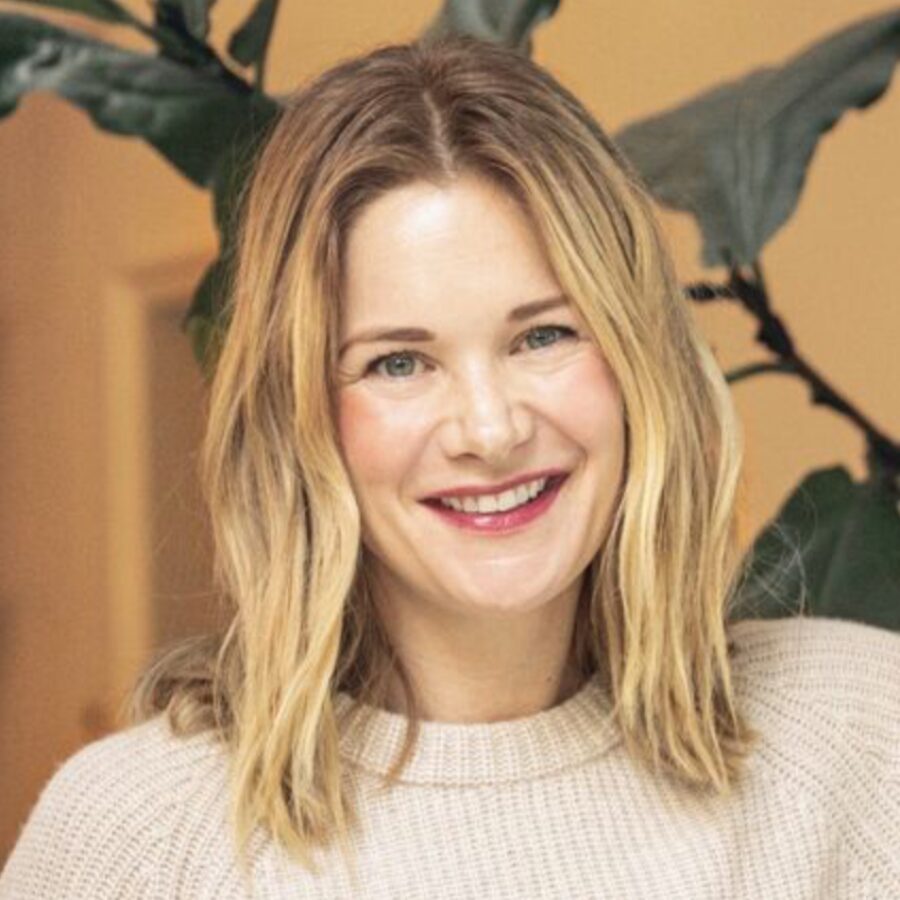 Annie Campbell is the founder and owner of her eponymous catering and event production company, Annie Campbell. Annie works with luxury, fashion and lifestyle brands to create memorable events and experiential marketing experiences. She is L.A.’s go-to caterer and party maker: L.A Magazine just named her Best Caterer in Los Angeles. Annie is also an accomplished food stylist, and has contributed to several books, as well as publications including Domino and Martha Stewart Living. Annie lives in Laurel Canyon with her husband Greg and their two children, Teddy and Frankie. 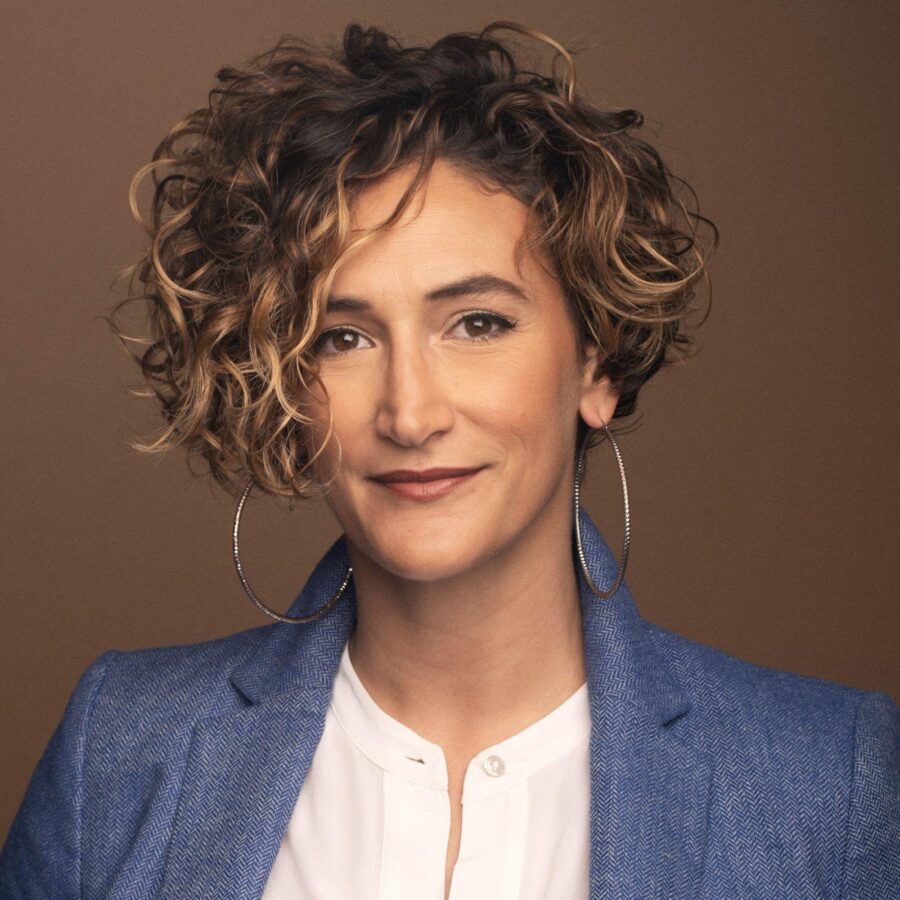 Courtney Carter is an entrepreneur who builds bridges through storytelling and brand building. She is the founder of Carter Media Group (CMG), a management and media company that represents innovative, inclusive and disruptive people, stories and ideas that shift culture. CMG's roster of talent includes the 'onlys' in their spaces; including names like Liza Koshy, Jay Shetty, and Ghetto Gastro. Previously, Carter served as an agent at Creative Artists Agency where she created talent and brand partnerships and packaged/sold multiple shows. Prior to CAA, Courtney worked across the sports industry, with marketing and sales roles at ESPN, Soccer United Marketing/Major League Soccer and Madison Square Garden. In 2020, she founded non-profit Ally2Action, an organization that aims to accelerate racial reconciliation by creating opportunities and experiences that transform fear of participation into courageous engagement and conversation. 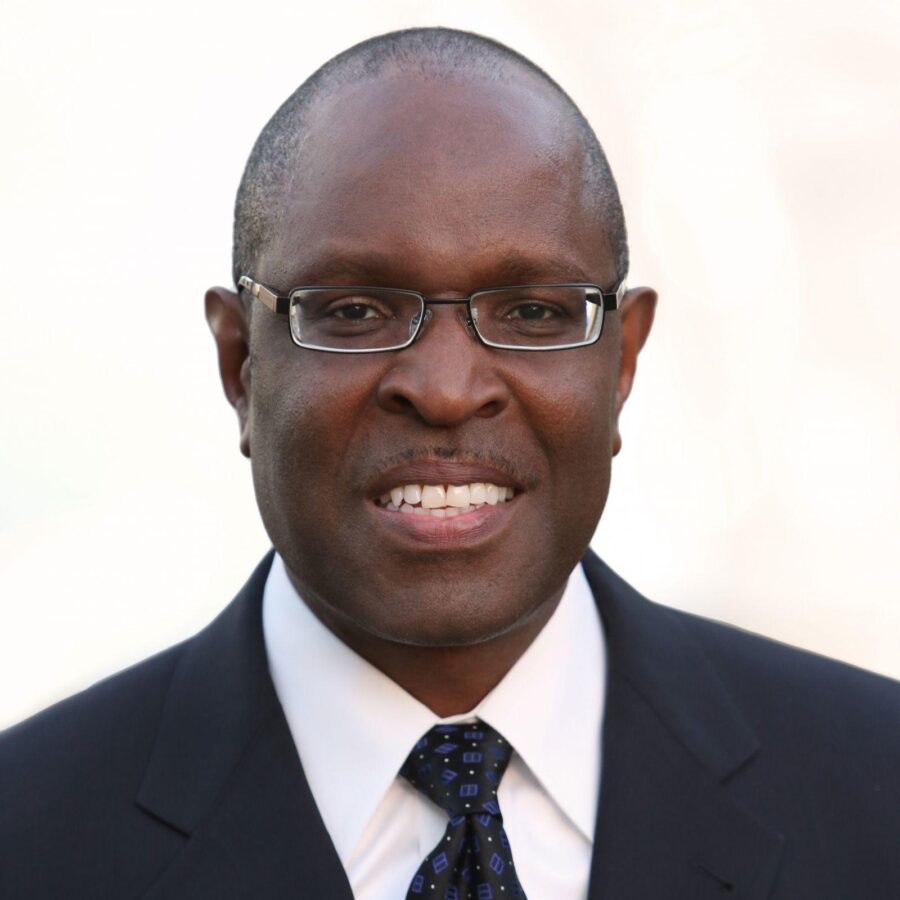 Arnold Hackett is Chief Financial Officer and Interim Chief Strategy Officer of Metrolink. As CFO, Arnold is responsible for budgets and financial analysis, contracts and procurement, payroll, grants, accounts receivable and payable. While serving as Interim CSO, he will provide oversight for planning, government and community relations, sustainability initiatives and railroad services.

Hackett, who was previously the Interim Chief Executive Officer for Metrolink, joined the agency in May 2019. He has more than 30 years’ experience in private technology industry at Xerox Corporation; he has served as Vice President and General Manager of Alliance and Partnership Management, positions in research, engineering, strategy development, technical project/program management, business development and global process / performance improvement initiatives.

Arnold holds a BS from UCLA, an MS in Computer Science from CSULB, an MBA from USC, and is a Certified Lean Six Sigma Black Belt. 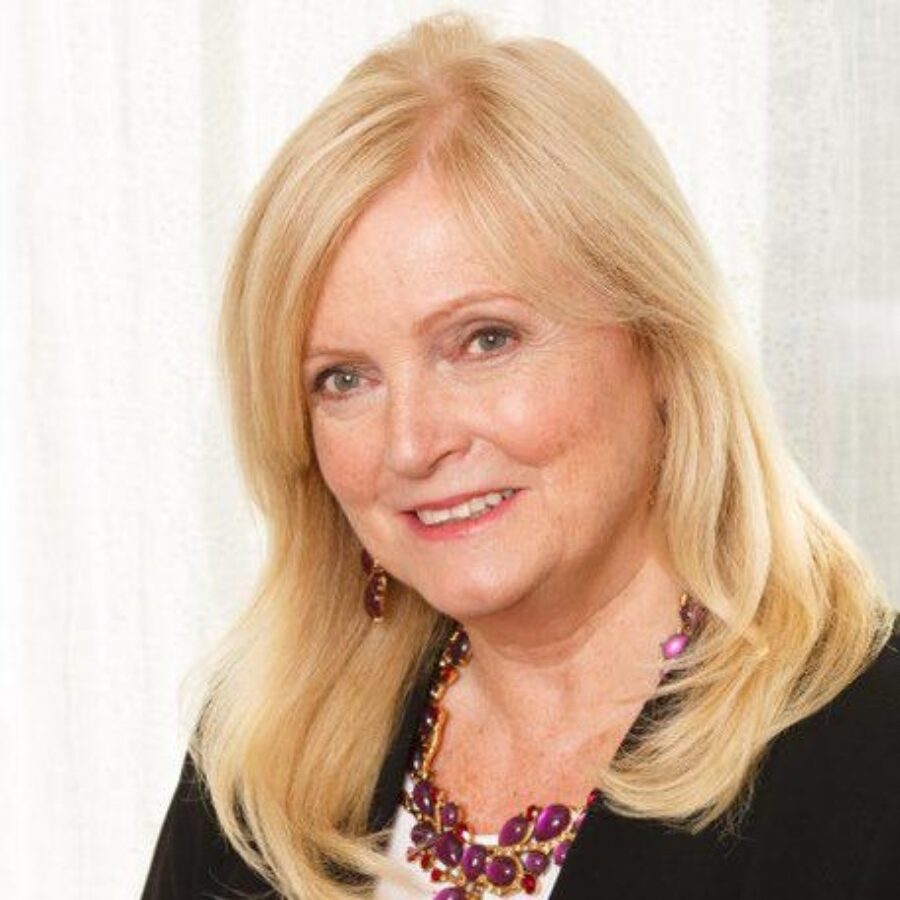 Mary Jo Johnson was a partner at WilmerHale in its litigation and securities enforcement practices in Boston for over 20 years before moving to the Los Angeles area. During her career at WilmerHale she conducted numerous internal investigations and defended corporations and financial institutions and their officers and directors in lawsuits and high stakes investigations by regulatory agencies. As such, she was a trusted advisor to directors and companies in diverse industries including technology, healthcare, life sciences, financial services, banking, mortgage servicing and insurance to name a few. Ms. Johnson chaired the Governance Committee and was on the Executive Committee of the Massachusetts Adoption Resource Exchange for many years, and she was a past President of the Board of the Women's Bar Foundation of Massachusetts. Ms. Johnson received her law degree from Boston College Law School and her undergraduate degree from Rosemont College. She is currently an adjunct professor of law at Pepperdine University - Caruso School of Law teaching corporate and government investigations. 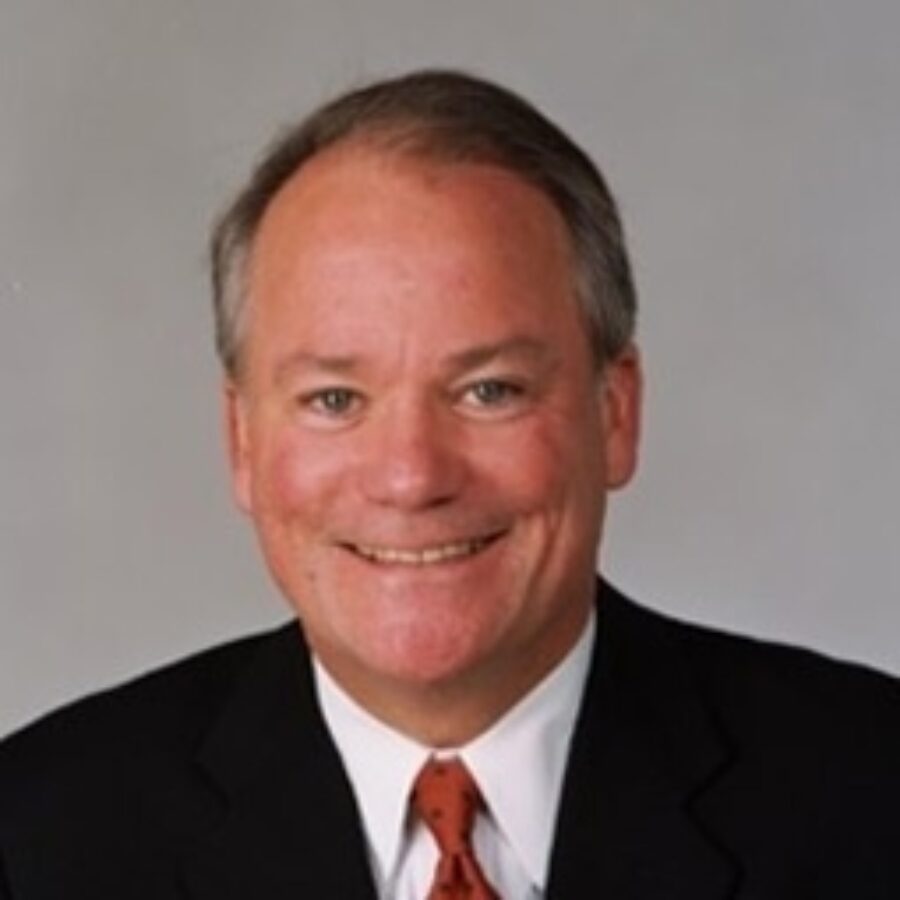 Peter is Managing Principal for Executive Financial, an EPIC company, providing executive and employee benefits brokerage and consulting services to clients in partnership with EPIC’s national Employee Benefits practice. Peter is responsible for leading the Executive Financials’ operations, where his team focuses on high-value, bespoke life, disability and health insurance programs. His clients include many large corporations as well as professional service firms including many of the AMLAW 100. Peter is a fifteen year Top of the Table Member of “The International Million Dollar Roundtable.” Top of the Table is reserved for the top quarter of one percent of brokers in the life insurance business. Peter earned a Bachelor’s degree in Finance from Georgetown University in Washington, D.C. Peter is the President of the Los Angeles Tennis Club and served on the board of The Oaks School of Hollywood from 2008-14. Peter is a founding supporter of The Right Side Literacy Project which provides unique early intervention to improve reading skills in underserved Los Angeles public schools. Peter is married with four children and his personal interests include tennis, education, and the arts. 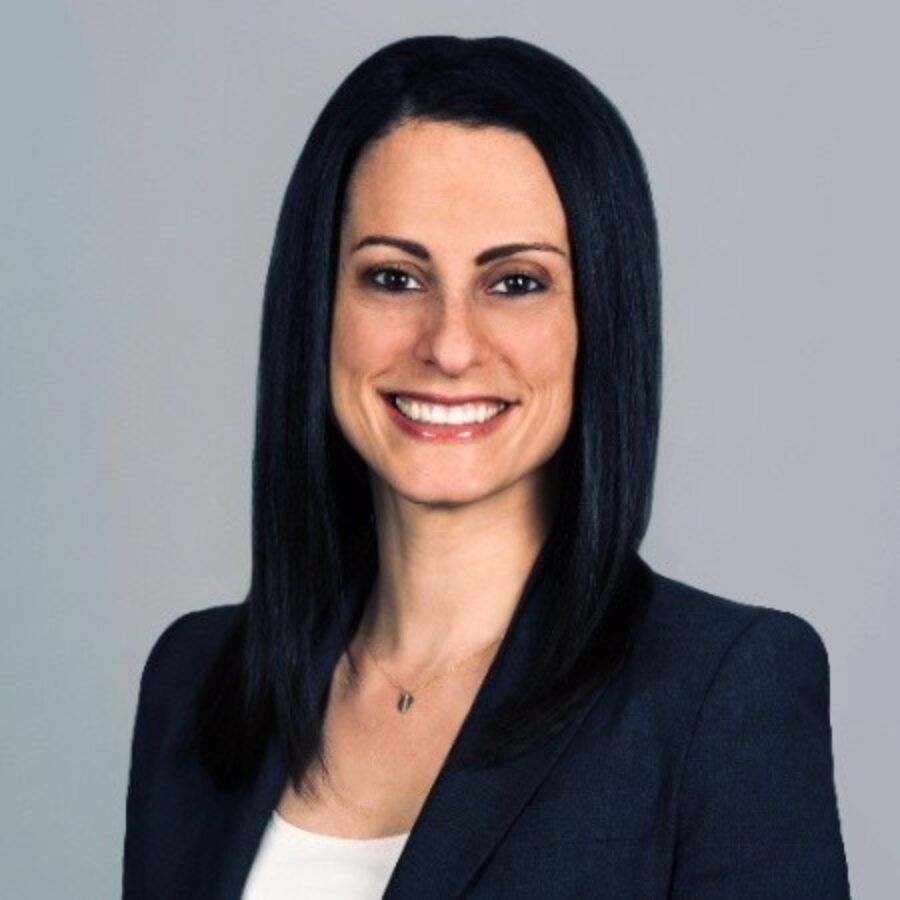 Ilissa Samplin is a partner in the Los Angeles office of Gibson, Dunn & Crutcher. She is a Co-Chair of Gibson Dunn’s Trade Secrets Practice Group and a member of the firm’s Litigation, Media, Entertainment and Technology, and Intellectual Property Practice Groups.

Ms. Samplin’s practice focuses on complex commercial litigation, entertainment and technology disputes, and intellectual property litigation and counseling.  She has represented corporate and individual clients in the media, entertainment, technology, and fashion industries in a wide range of litigation in both federal and state court.  Ms. Samplin also regularly advises clients on website policies and compliance with copyright, trademark, and privacy laws, as well as individual board members in litigation and on document preservation and compliance matters. Ms. Samplin was named by Euromoney Legal Media Group at its Women in Business Law Awards as the 2021 Litigation Rising Star, and by Benchmark Litigation as a Litigation Future Star.  She was also featured in Variety’s 2021 Legal Impact Report, was named to Variety’s 2020 Legal Impact Report in the “Up Next” category, and has been recognized by The Best Lawyers in America® as “One to Watch” in Entertainment and Sports Law.

Ms. Samplin is admitted to practice in the States of California and New York, and in various federal courts. She serves as a committee member of Women in Film, a Los Angeles-based organization that advocates for and advances the careers of women working in the screen industries. 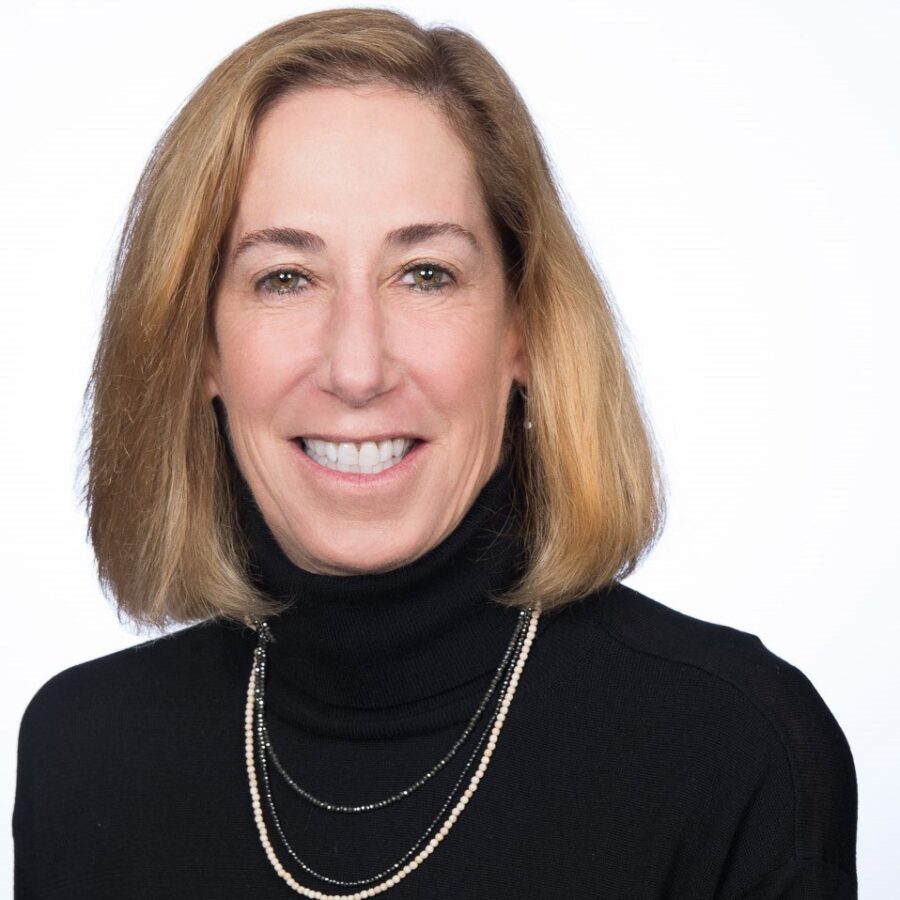 Executive Director, All Ways Up Foundation

Executive Director, All Ways Up Foundation

Lee Schube is the Executive Director of ALL WAYS UP, working to increase the Foundation’s impact on the lives of low-income youth and families. Lee has more than ten years of multifaceted experience working in senior management positions of youth-oriented nonprofits. She is a trained lawyer and spent her early working years specializing in corporate law at a large international law firm. After moving to Los Angeles and serving for five years as the In-House Counsel for the founder of Redken Hair Products, Lee took a break from practicing law to spend time raising her two sons.

Lee began her work in the non-profit sector at Heart of Los Angeles (HOLA), an organization that provides underserved youth with free academics, arts, and athletics programs. At HOLA, she served as the Director of Foundation and Corporate Relations and External Affairs Advisor, managing a grant portfolio in excess of $1 million. After spending two years as the Development Director at 826LA, Lee returned to HOLA as the Communications Director, developing and implementing the marketing, public relations and communications strategies for the organization. 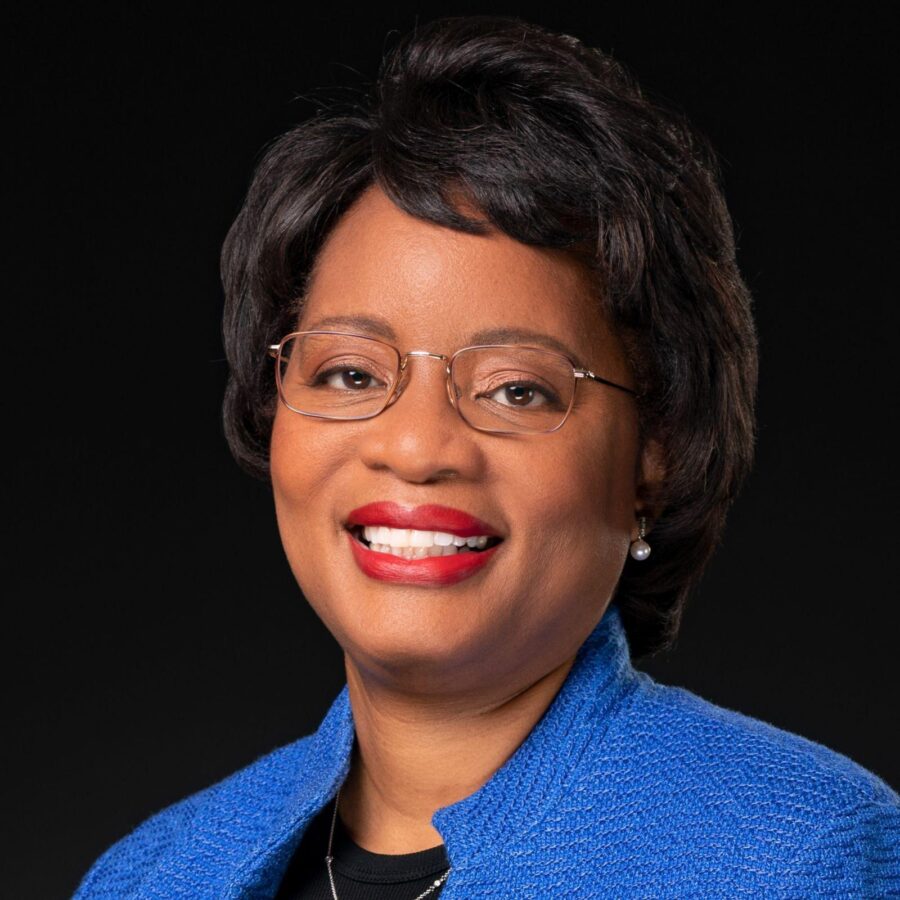 The Board of Directors of the Los Angeles County Metropolitan Transportation Authority (Metro) voted to hire Stephanie Wiggins as Metro’s CEO on April 8, 2021. A lifelong trailblazer and champion of equity and inclusion, Wiggins is the first African American woman to lead the agency. As CEO of Metro, she oversees an agency that runs the third-busiest transit system in the United States and serves as the lead transportation planning, programming, and financing agency for the 10.1 million residents of LA County. Before rejoining Metro as CEO in June 2021, Wiggins served for two-and-a-half years as CEO of Metrolink, the nation’s third-largest passenger rail system covering 538 route-miles throughout Southern California.

Prior to serving as CEO of Metrolink, Wiggins was the Deputy CEO of Metro, where she assisted the CEO in providing leadership and achieving strategic public transportation objectives, including the passage in 2016 of Measure M, a half-cent sales tax approved by 71 percent of LA County voters. She also established the Women and Girls Governing Council. During her tenure at Metro, Wiggins also served as the Executive Director of Vendor/Contract Management, where she implemented procurement streamlining initiatives and greatly expanded Metro’s contracting of small and historically underutilized businesses. Prior to that role, Wiggins was the Executive Officer and Project Director of the Congestion Reduction/ExpressLanes Program where she launched the first high occupancy toll lanes in LA County on the I-10 and I-110.

With a deep and genuine commitment to equity, diversity and inclusion, Wiggins strives to provide all people living in Southern California equal access to mobility to get to work, school, healthcare and leisure activities. Achieving that goal depends on leading an organization that is as diverse and inclusive as the region it serves. 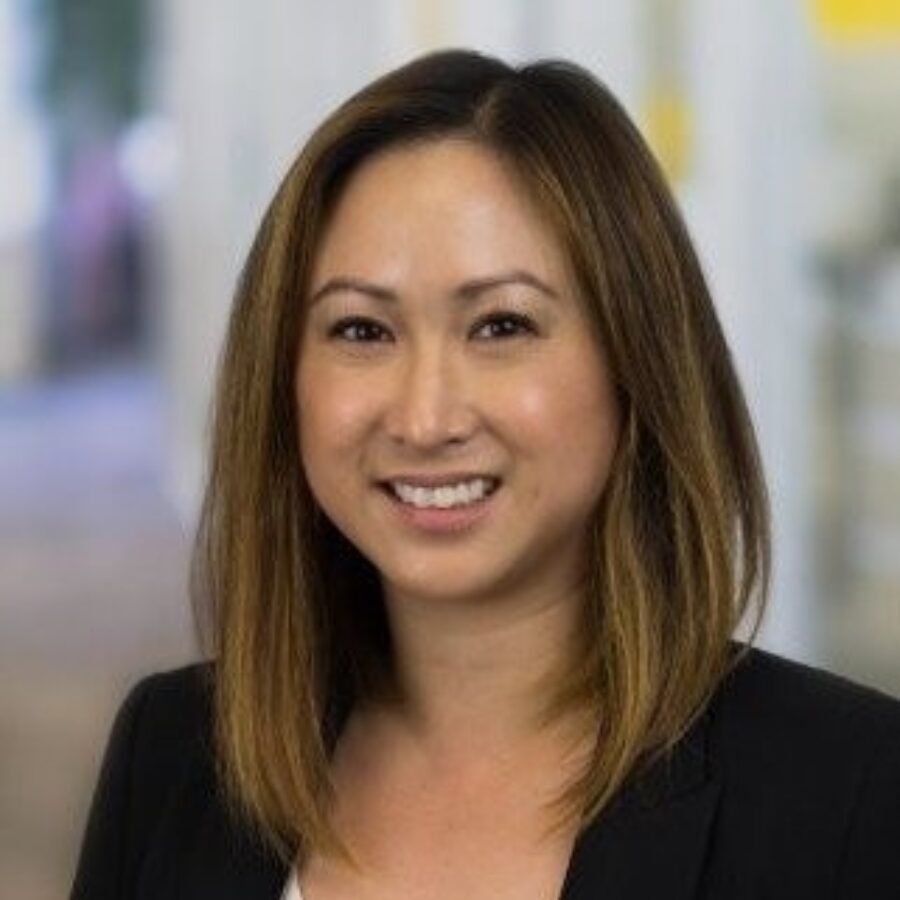 As a partner in Ernst & Young’s (EY) Assurance practice, Robyn’s focus is on building trust with her clients, being responsive to client’s challenges, and bringing insights to management teams and their boards. She has served as an advisor to public, private and entrepreneurial companies in various industries with a concentration in e-commerce, consumer products, and technology. Her clients range from large middle market companies to high growth start-ups, which has provided her with experience in taking clients public through IPO/SPACs.

The hallmark of Robyn’s approach is being a collaborative solutions-driven advisor to clients on business practices, specific accounting issues and SEC reporting. In addition, having experience in various sizes of companies has allowed her to bring a more agile approach to her clients, ensuring that the audit and EY’s services are bringing the right value to her clients at the right cost to them. Robyn is passionate about mentoring and coaching her teams at EY, especially helping women advance in the workplace.

Robyn has more than eighteen years of public accounting experience serving the subscription, ecommerce, retail, consumer products, and technology industries. She is mother of two; has a bachelor’s degree in business economics and minor in accounting from UCLA; and she is a licensed CPA in California and a member of the AICPA.